Sentinel North's governance and management structure is designed to provide the resources and vision necessary to achieve its strategic objectives. It also ensures leadership, accountable management and scientific coordination at all levels. 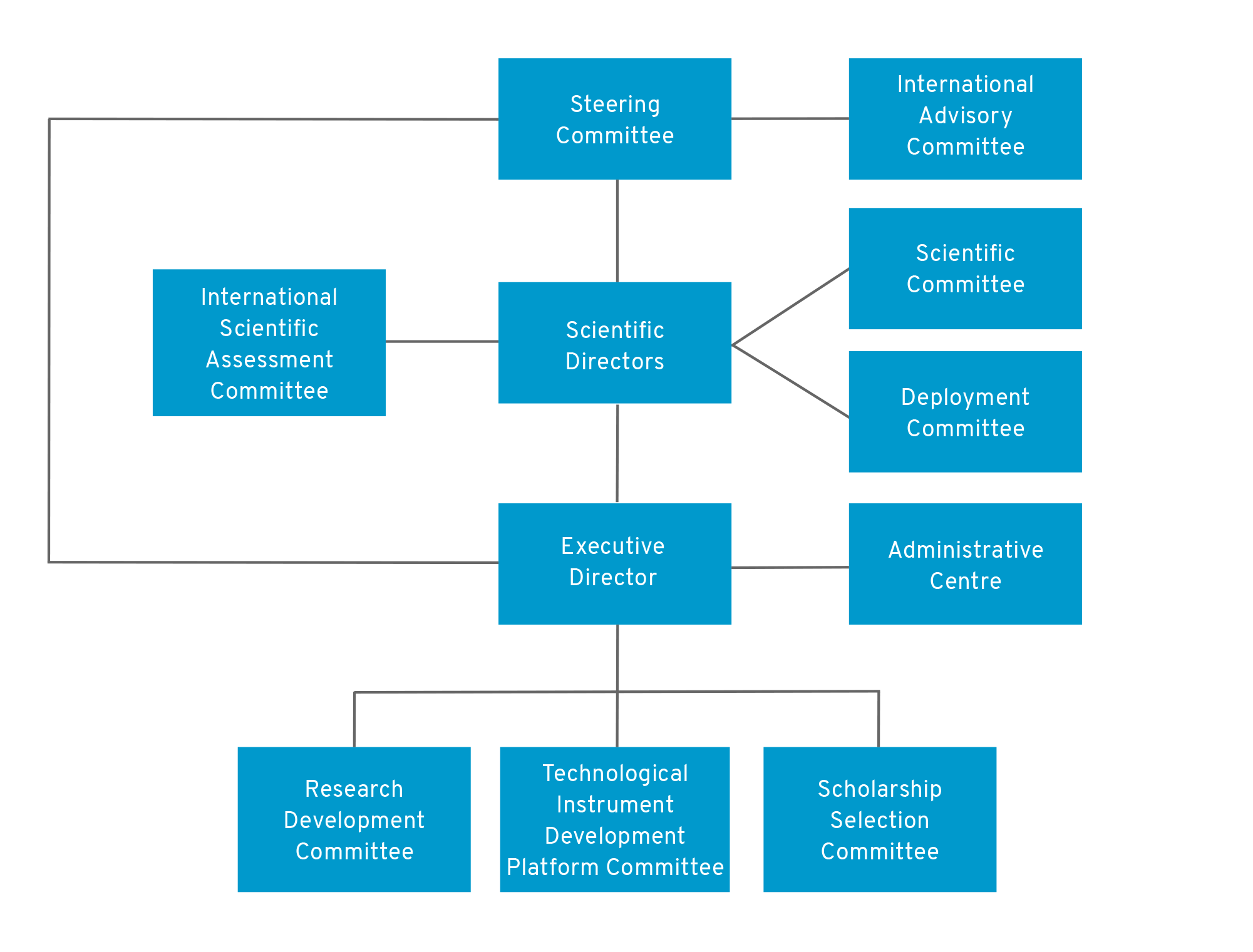 The Steering Committee is responsible for providing the institutional resources and vision necessary to achieve the Sentinel North strategy. In addition to approving program expenditures, it is mandated to oversee its management and provide strategic advice related to its overall direction. The committee ensures progress towards the program's objectives, performance indicators and deliverables. It makes the final decisions on the recommendations made by the Scientific Directors, the Executive Director and all Sentinel North committees. The committee is composed in majority of members of the university management and faculties involved in Sentinel North. External members and representatives of partners may be invited.

Composition of the Steering Committee

The Executive Director provides leadership for operations and day-to-day activities and works with the Steering Committee and Scientific Directors towards the development and implementation of the program's strategic and operational plan. It participates in network development, acts as a spokesperson for the program and liaises with funding agencies, government, industry and other non-governmental organizations. He is an ex-officio member of the steering committee (non-voting), the scientific committee, the deployment committee, the international scientific evaluation committee (non-voting), the research valorization committee, the technological instrument development platform management committee and the scholarship selection committee.

Composition of the Scientific Committee

The Deployment Committee is a committee that provides advice or makes recommendations to the Steering Committee through the Scientific Directors on the progress and deployment of research, collaboration, training, partnership and networking activities within the program. It is composed of the Scientific Directors, the Vice-rector for Research, Creation and Innovation, the directors of the thematic projects, the directors of research centers, the Executive Director, the coordinator of the technological platform and any other person considered to be part of the Committee by the Executive Committee.

Composition of the Deployment Committee

The International Scientific Assessment Committee provides assessments, monitors the progress of funded projects, and makes recommendations to the Steering Committee through the Scientific Directors for funding applications received through Sentinel North call to projects. The work of the committee is based on a peer review process and the committee is composed of scientists and international stakeholders external to Université Laval recognized in the research fields of Sentinel North and selected to limit the situations of potential conflicts of interest in the evaluation of the applications assigned to them. Scientific Directors do not sit on the committee. The Executive Director sits as a non-voting member.

The committee is made up of internationally recognized scientists and research figures.

The Research Valorization Committee helps identify discoveries that have potential for application and commercialization as part of Sentinel North's research activities. It guides the implementation of mobilization and transfer activities that maximize the use of search results by users. The Committee recommends to the Steering Committee, through the Executive Director, adequate allocations from the Sentinel North Innovation Maturity Fund.

Composition of the Research Valorization Committee

The Technological Instrument Development Platform Management Committee oversees the activities of the platform, reviews the operating budget and the strategic and operational objectives proposed by the coordinator and ensures that the platform has the appropriate resources to achieve its goals. The committee guides the coordinator in managing the priorities assigned to projects using platform support and sets these priorities in the event of conflict. The committee reports to the Steering Committee via the Executive Director of Sentinel North.